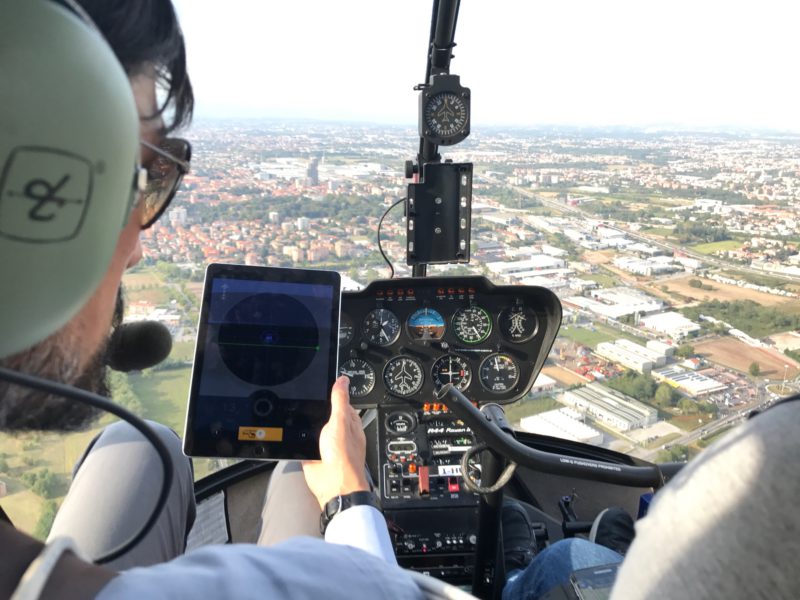 By beatrice branca on settembre 7, 2017 in ANGELS development

On Tuesday September 5, in the afternoon, ANGELS System performed the final flight tests in Bresso City Airport, near Milano.

With the support of Elite Aviation, a provider of helitaxi, tourist flight and flight school services, we set up the ground station and the helicopter antennae, checking data up- and downlink.

The test was performed with a Robinson44 and followed a two-stage procedure, each stage lasting about twenty minutes; the procedure agreed with the pilot consisted in tracking the visual glide path with the aid of an iPad, during a flight over Milan along a trajectory that had been previously defined. It was an exciting and successful experience, and the system gave a brilliant performance. We would like to thank the team of Elite Aviation for willingness and support.

You can watch a short video of our flight here:

Today’s test at Clerici Airport in Bresso: what a success! Thanks to @EliteAviation!#easme #Horizon2020 #testingangels pic.twitter.com/olTTY7kPqi